Because this class is looking at how technology can help people connect, we were asked to keep a log of the conversations we had with our classmates and others on the internet.

Some other classmate questions were somewhat simple answers but the answer was dependent on other factors. For example I only know about video editing on a mac because that is what I use so that would be an easy fix for someone with a mac but a little harder for someone without one.

I enjoyed commenting on my classmate blogs about their learning projects. Many of the posts were so descriptive and had great sources, it almost felt like I was learning along with them.

For example, I love following Mary-Anne’s project because it kept me accountable for cleaning my house as well. At one point when Mary-Anne was preparing her camper I was able to give a few tips that I have learned over the years. 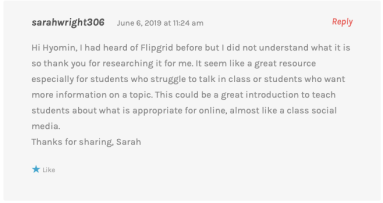 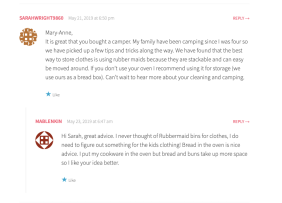 I enjoyed looking at the weekly blog prompt posts, especially those who were in a different grade area than me because they look at issues through the eyes of a different aged child.

I was able to connect with others even outside of my classmates on twitter. During my time in this course I was able to participate in 2 #saskedchats,the one we did within class and one on June 20, and the themes were new/pre service teaching and summer professional development. 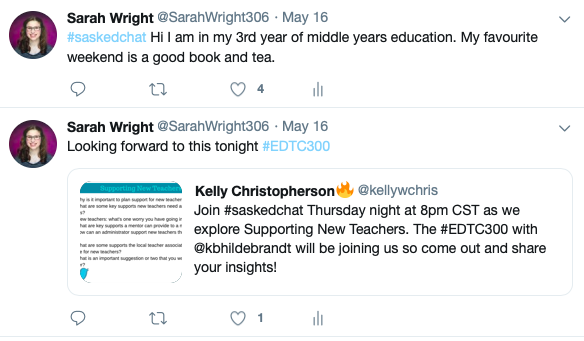 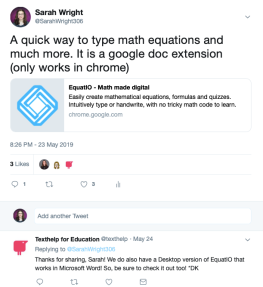 There were times and questions were my job as a librarian and reading program coordinator came in handy.

I was also able to have great conversations with my fellow classmates about different topics. 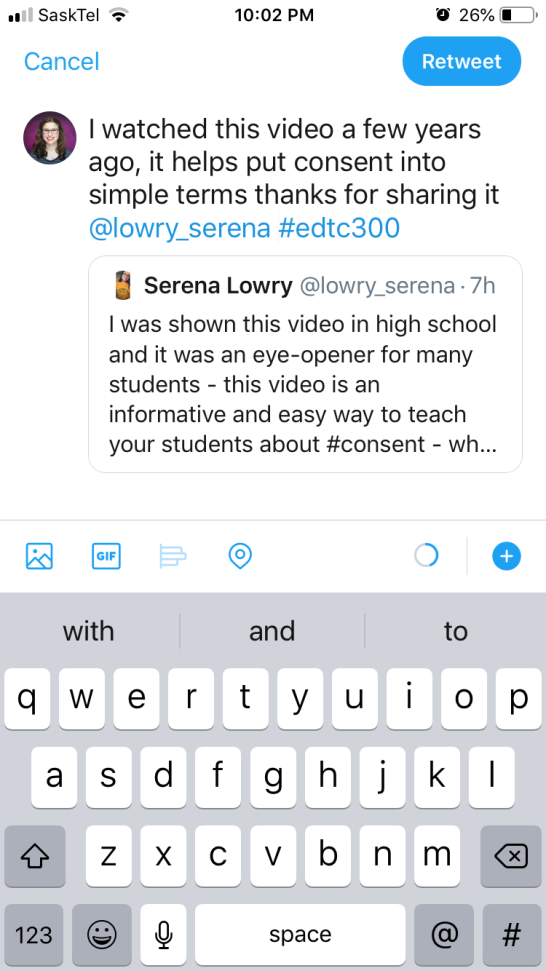 Shared and met some current educators.

Even one of the local elementary schools in my city started to share some of my resources.

I will be totally honest, I forgot to screenshot a lot of my conversations (even though Katia told us not to forget). Many times it felt like a natural conversation so taking screenshots was not what I was thinking about, as I was actively involved with the conversation.

I found that portion of the class was vital, especially because it was online. We were able to make connections with classmates and other educators around the continent.

View all posts by sarahwright306